Rising Up With Sonali

Sonali Kolhatkar is the host and creator of Rising Up with Sonali, a new program built on the foundation of her earlier show, Uprising, which became the longest running drive-time radio show on KPFK in Los Angeles hosted by a woman. Uprising also aired on KPFA in Berkeley and on Free Speech TV. She has won numerous awards including Best TV Anchor from the LA Press Club, and also been nominated as Best Radio Anchor 4 years in a row. She is a weekly columnist for Truthdig.com, and an op-ed writer for teleSUR English. She is the author of Bleeding Afghanistan: Washington, Warlords, and the Propaganda of Silence, and the co-Director of the non-profit group, Afghan Women’s Mission. She has a Masters in Astronomy from the University of Hawaii, and two undergraduate degrees in Physics and Astronomy from the University of Texas at Austin. Watch her 2014 Tedx talk, My journey from astrophysicist to radio host. Originally from India and born and raised in the United Arab Emirates, she is also an artist and chef and lives with her husband and two children in Pasadena, California. Visit her personal website, www.sonalikolhatkar.com. (Photo credit: Brian Biery) 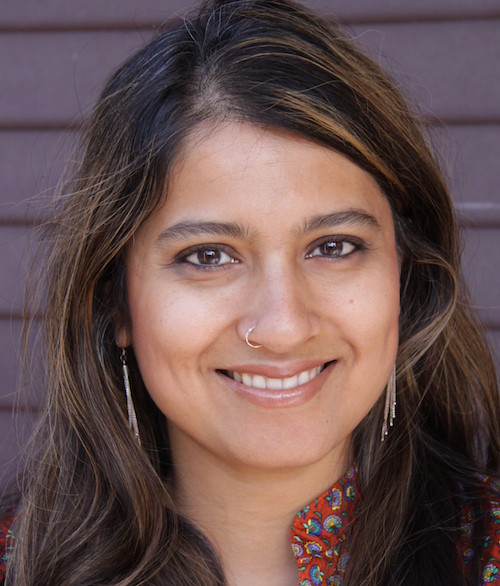